A new bench by Thirsty Bear Forge blacksmith Jake Bowers will be unveiled tomorrow in Hastings’ Alexandra Park by the mayor and the local Quaker’s who commissioned it. Designed by craftsman Alan Wright and Jake Bowers, the bench was commissioned to commemorate the World War One in it’s centenary year.

After three weeks of forging a very strong base to support the seasoned chestnut base, a three meter spine and over 100 individually shaped fronds, the bench was sent for zinc spraying and powder coating. It was installed on Friday, but will be unveiled tomorrow at a ceremony to promote world peace organised by local quakers.

But here’s a sneak preview of a piece of work we are very proud to have made. 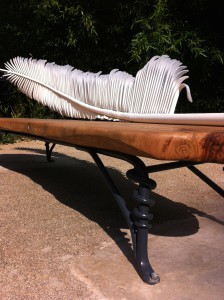 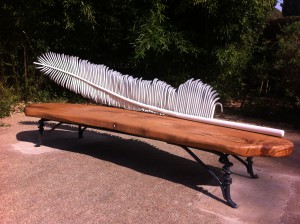