This spring, Thirsty Bear Forge blacksmith Jake Bowers will be taking his bespoke metal creations to two local craft and design fairs. The first will be held this weekend in the Claremont Studios as part of a series of events celebrating local design and creative talent across the increasingly bohemian town of St Leonards. Jake’s work has been selected as part of an exhibition of UPCOMING local designer makers and will on show at the Claremont Studio in St Leonard’s Kings Roads from the 28th to the 30th of March.

On April 21st (Easter Monday) Jake will also be demonstrating blacksmithing at the first Artisan’s at the Abbey event held in the ground of Battle Abbey School right next to the site of the 1066 Battle of Hastings. 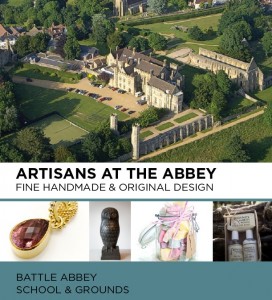